Scriptwriters James and John Thomas have sued Disney to gain their rights back to their original screenplay, “Hunters,” which was turned into “Predator.” In the late 80s, Disney purchased the copyright from them for 35years. Now the authors want their copyright returned, and they are suing Disney over it using the Copyright Act. Disney has sued back to prevent the handover. Disney wants to develop the 5th film in the series franchise and is accusing the screenwriters of failing to comply with the Copyright Act guidelines, and therefore their request is invalid. 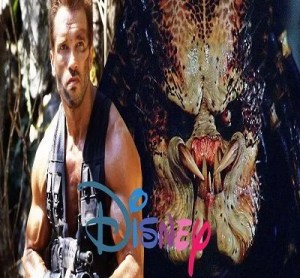 “The filing from the brothers reads, as per Deadline: ‘In 2016, the Thomas brothers properly availed themselves of their right under Section 203(a) of the Copyright Act to recover the copyright to their literary material by serving and recording with the U.S. Copyright Office within the prescribed statutory window, a notice of termination with an effective termination date of April 17, 2021.’ According to the filing, the Thomas brothers – represented by Marc Toberoff – notified Disney of their intentions to seek copyright in 2016, claiming they didn’t receive any objection from Disney.”

“The filing went on: ‘Then, in early January 2021, Defendants’ counsel unexpectedly contacted Plaintiffs’ counsel, contesting the Termination Notice as supposedly untimely, based on a theory that the 1986 Grant of the Screenplay underlying their Predator films allegedly qualified for the special, delayed termination time ‘window’ in 17 U.S.C. § 203(a)(3), intended for ‘book publication’ grants.’ The brothers say they then served alternative notices of termination in line with later effective termination dates in June 2022 and January 2023.”

“Disney’s complaint reads: ‘Defendants’ notices fail to comply with these statutory requirements and are invalid as a matter of law.’ 20th Century seeks a declaration pursuant to 28 U.S.C. § 2201 that defendants’ notices of termination are invalid. This action is necessary because defendants are improperly attempting to prematurely terminate 20th Century’s rights to the Hunters Screenplay, at the very time that 20th Century is investing substantial time, money, and effort in developing another installment in its successful Predator franchise.'”