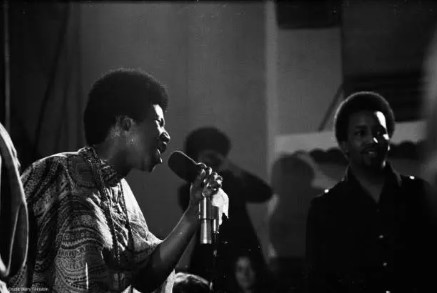 Pessah Law Group filed a lawsuit against media content distributor Neon and its CEO, Tom Quinn because they manipulated the media, so alleges the producers of “Amazing Grace” forced them into a contract for $1.5M before the producers had decided. “Amazing Grace” has been mired in legal battles since the early 1980s. It tells the story of the singer’s 1972 gospel album, is subject of more legal issues.” Neon has publicly stated that Elliot (producer) had signed off on the announcement that went out to all major outlets claiming that Neon now owned domestic distribution rights in December 2018.

“In a plan commandeered by Quinn, Neon acquired the coveted domestic distribution rights to the Picture through a series of fraudulent actions, starting with a false and premature press announcement that Neon had already acquired those rights when in fact it had not,” the suit alleges.

“After chilling the market for other prospective bidders, Neon strong-armed Plaintiff into a deal that Quinn insisted be backdated to reflect the date of the fraudulent press announcement. Before a deal was inked, Quinn, a protégé of none other than Harvey Weinstein, even promised that Neon would especially promote the Picture in predominantly African American communities and theaters, a promise that was appealing to the Picture’s producers, among them Spike Lee. This was critical in inducing Plaintiff to enter into a domestic distribution deal with Neon, as there is a long history of Hollywood under-marketing Black films, and Plaintiff did not want to see this phenomenon bear out for the Picture,” it notes.

Given that the Amazing Grace live record came out in 1972, Elliott is hoping to win back the U.S. rights to the film so that they can screen it on its 50th anniversary year, as well as at least $5M in damages.

Endeavor Content sold the movie, which was repped by WME worldwide.

Neon has called the suit “meritless” and “baseless.”

“We are extremely proud of the campaign and release we’ve forged for Amazing Grace. Our goal was and remains to honor the iconic ‘Queen of Soul’ Aretha Franklin, by continuing to make this film as widely available as possible for all audiences to enjoy her raw, timeless talent. At this time, we will refrain from making any comment on this meritless and baseless claim and look forward to defending our quality of work and reputation,” a Neon spokeswoman told Deadline.

– Excerpt from an article for Deadline by Peter White. Read the full article here.