A motion picture comprises many separate elements. The audience can understand the storyline with the help of the movie’s script and dialogue. The soundtracks enhance the overall experience for the movie’s audience, as do the sets, costumes, and acting.  There are a great number of people required to incorporate a high degree of effort to make a full-fledged movie.

Those involved in the movie’s creation may wonder whether the final product can be legally protected as intellectual property or whether the film’s constituent parts would be protected separately.

In either case, it may be challenging to determine who owns the movie’s copyright. Is it the director, producer, screenplay writers, composers, singers, or actors?

Outlining the Facts About Movie Copyright 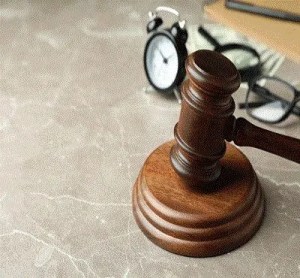 There are a number of ways a movie can be protected by copyright law. For example, the creators of TV shows, films, and other creative works that are analogous to cinematography can prevent other people from copying and capitalizing on their hard work.

To begin with the fundamentals, copyright law does not offer a clear-cut answer to determining the official owner of a film’s copyright. This confusion can become extremely problematic in a number of ways.

Uncertainty over a film’s copyright can affect its economic value, making it more difficult to market and distribute the movie. Having a secure copyright is one of the most important things to establish in order to create economic value in a film. Knowing which parties own what makes it easier for the production company to prevent others from copying a film they produced.

Because there is no clear answer in the copyright law regarding the question of who owns a movie’s copyright, the film producers and others involved should consider taking a series of crucial steps.

This way, it can help solidify ownership rights in the movie. Anyone who may be regarded as the “author” or any aspect of a movie, from the very obvious (directors, writers, and designers) to those who are less obvious (set painters), should sign the contract with that production company.

When the copyright ownership specifics are not in writing or no writing exists to demonstrate how a copyrighted element can be used, the production’s commercial viability and marketability can be at risk.

A properly filed copyright can protect a movie for an extended period of time, even after the copyright holder’s death. Because there are so many people involved in the production of a movie, most films are considered works for hire, for which the production company retains the copyright.

This makes a producer the prime owner of a film’s copyright, especially when there is a written contract between the producers or the production company and the other people involved in the movie. When the producer is the original copyright holder under the doctrine of work for hire, no transfer of copyright is required, regardless of how many people worked on the film, because the first copyright owner is the film’s producer.

In addition to this, works for hire have different periods for copyright validity. If you are in the process of creating a movie and are unsure how to proceed with regard to copyrighting your work, feel free to contact a Los Angeles intellectual property lawyer to learn more about the options available to you.