In last week’s post, we discussed the law as it related to Fair Use and examined a common area where fair use applies–parodies in music.  Weird Al Yankovic became famous by creating parodies from popular music, but that’s not the only way that an artist can seek to play fair game.  Satiric parodies by comedians have been a staple on television shows such as Saturday Night Live or Mad TV, as well as on stage during comedy routines.  Practically everyone has laughed out loud watching a satiric parody of a former president or other political candidate– former Presidents George W. Bush and Bill Clinton, Sarah Palin, and President Obama are and have been some of the most popular satiric parodies.  What’s more, these routines are performed primarily if not solely for commercial purposes.  So does the fact that a famous or public person is the subject expose the comedian to litigation?  Or is the comedian protected under Fair Use (or another legal exception)?  Let’s take a look. 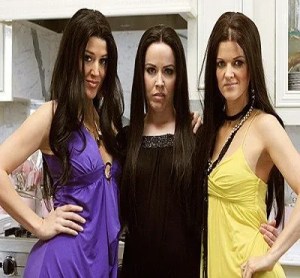 As we know, the fair use exception allows for the use of a copyrighted work in limited cases such as criticism, comment, news reporting, teaching, scholarship, or research, and it is not a violation of the copyright law to do so especially when it is for a non commercial purpose.  Courts have found that satiric parodies such as those by Weird Al Yankovic fall into the area of criticism and even though the purpose is commercial, the parody because it adds an element of humor that was not present before, is a new work and not a copy.

Parodies in Comedy and the First Amendment

“The political cartoon is a weapon of attack, of scorn and ridicule and satire; it is least effective when it tries to pat some politician on the back. It is usually as welcome as a bee sting and is always controversial in some quarters.” Long, The Political Cartoon: Journalism’s Strongest Weapon, The Quill 56, 57 (Nov. 1962).”

In the US Supreme Court case of Hustler Magazine v. Falwell, Jerry Falwell, a nationally known minister, sued Hustler magazine and its publisher Larry Flint after the magazine featured a parody of Falwell in an advertisement for Campari Liqueur Company.  The article was called, “Jerry Falwell Talks About His First Time.”  The “first time” referred to actually means the first time sampling Campari liqueur rather than the“first time” having intercourse.  In the parody, an alleged interview, Falwell states that his “first time” was with his mother during a drunken incestuous rendezvous with his mother in an outhouse.  The ad, which was disclaimed as a “fictional personality parody,”portrayed Falwell as a drunk, immoral hypocrite.

The Court found that speech “does not lose its protected character simply because it may embarrass others…the fact that society may find speech as offensive is not a sufficient reason for suppressing it.”  So guess, who won?  Hustler Magazine!

As long as the parody cannot be understood as containing actual facts or events about the subject then its likely to be protected.  Remember last week’s discussion on what a parody is–a new work that criticizes or makes fun of the subject.  Since parodies are not expected to be taken as the truth, the Court found that the magazine’s expression was permissible.

So comedians, go ahead and parody your favorite celebrity!  Parodies are  understood as being jokes and protected art forms.  They are meant to make us laugh rather than to give factual information as one would find in news cast.  There is one caveat here, though.  If your parody does contains factual information that turns out to be false, and you deliver it with knowledge that it is false, then you can be sued for defamation.  How to avoid this, stay away from facts about the person.   Take a look at this Mad TV “Keeping Up with the Kardashians” parody:

Readers, do you thinks it’s fair that a celebrity or public person can be made fun of even if the jokes are offensive?  Or should there be a limit on how far a comedian can go?