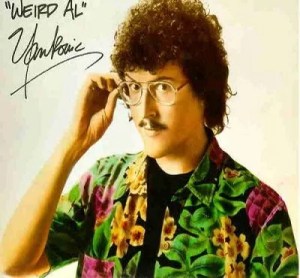 In last week’s blog post, we discussed derivative works and sampling along with the limitations associated with such.  As you may recall, the general rule to have your work protected by copyright is that your work as an artist must contain a level of originality apart from the original work.  If this is the case, it classifies as derivative work and is entitled to its own copyright protection.   As we discussed last time, it can sometimes be difficult to determine whether a work is “original” enough to garner its own copyright, so we encourage artists to be as original as possible as courts and juries have recently awarded millions to artists claiming copyright infringement.  Finally, while obtaining permission from the original artist or the estate is encouraged before sampling, it is not always required by law (as discussed here). With this concept in mind, courts have carved out an exception to the copyright infringement law called Fair Use.  What is fair use?  When can I claim it?  Will it stop me from being sued?  Isn’t it unfair to the original artist?  These questions are among those that we will tackle in this and subsequent blog posts.

What is Fair Use?

According to the US Copyright Law, 17 U.S.C 107, “Fair Use” exists as a limitation on the exclusive right that a copyright owner has to his/her work.  But before you get too excited do understand that fair use is a very limited exception to the Copyright Law.  The statue states that, “The fair use of a copyrighted work, including copying, for purposes such as criticism, comment, news reporting, teaching, scholarship, or research is not an infringement of copyright.”  In determining whether use of a work falls under the fair use exception, courts look to: the purpose of the use (commercial vs. non profit), the nature of the copyrighted work, how much of the copyrighted work is used, and how the use will affect the market or the value of the protected work.

So, it’s clear from the way the law is written that if you are using a copyright protected work to solely as a means to earn money or profit then it may be difficult for you to claim fair use.  Protection of the original artist’s commercial interest was one of the primary intentions of the legislature in crafting the copyright law.  After all, an artist should be entitled to freely exploit his/her intellectual property for commercial interests without interference or competition.  It’s clear from the Fair Use Statute, that the more an artist seeking to claim fair use can show a purpose outside of a commercial purpose, the more likely the statute will offer protection.

Parodies in Music and Fair Use

According to Dictionary.com, a “parody” is “a humorous or satirical imitation of a serious piece of literature or writing.”  A parody can take different forms such as a song, an impersonation, or a piece of art like a sculpture or painting.  The bottom line is that a parody is a type of imitation of an original work, and it is protected under the fair use exception.  Weird Al Yankovic is a recording artist who rose to fame in the 1980s making satirical, but sometimes politically incorrect parodies of famous songs including Michael Jackson’s “Beat It” parodied as “Eat It.”  More recently Weird Al parodied “Ridin'” by Chamillionaire and Krayzie Bone as “White and Nerdy.”  The latter song peaked at #9 on the Billboard Charts.

Clearly, these songs copy some of the elements of the originals.  So what distinguishes this type of expression from the Robin Thicke “Blurred Lines”/Marvin Gaye “Got To Give It Up” case controversy we discussed last week?  Satire.  The fact that when one listens to Weird Al Yankovic, the listener can clearly hear, in spite of similarities in sound or feeling, an element of satire directed at the original work.  That element makes it original in itself–adding a level of humor that was not present before.   For example, when a listener hears “Eat It” by Weird Al, it will remind the listener of Michael Jackson’s “Beat It,” but arguably there is a clear line between the two songs–no one will mistake one for the other.  As an artist, it is important for you to remember this.  There should be something that sets your work apart from the original.  Additionally, while there is a commercial purpose in a parody, it is not considered a copy of the original because the nature of the parody is different.  Courts have held that parodies are essentially “comments on” or “criticisms of” an original work.

The US Supreme Court addressed the issue of parodies and Copyright Law in the case of Campbell v. Acuff-Rose Music, Inc., 510 US 569 (1994.)  In this case the musical rap group Two Live Crew parodied Roy Orbison’s song “Pretty Woman” for commercial purposes.  The Court looked at the question as to whether a parody can be perceived from the new work.  So again, the new work is examined against the original for differences.  The Court found in favor of the Two Live Crew reasoning that, “copying does not become excessive…because the portion taken was at the original’s heart…no more was taken than necessary…in light of the song’s parodic purpose and character.”   In other words, an artist seeking to parody is permitted to copy to a certain level to achieve the result.  Remember though, the key element is for a parody.  Going back to the “Blurred Lines” case, “Blurred Lines” was not a parody so the “copying,” as the jury saw it, was not permissible.

In Part 2 of this topic next week, we will discuss Parodies by Comedians as well as Impersonations and Fair Use.