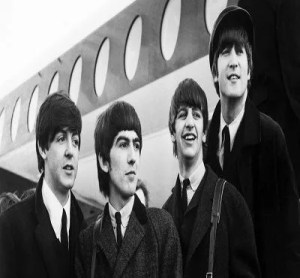 Call it a victory for Beatles’ fans everywhere (so basically everyone) or call it a Christmas miracle: starting at 12:01am last Friday (a.k.a. Christmas day) the entire Beatles catalogue of music became available for free streaming across multiple major platforms. With all of the music that has been available for streaming, that of Britain’s most famous boy band has been one of glaring absences for a while now. Despite the fact that songs made before 1972 are not covered by federal U.S. copyright law, The Beatles’ music had been long held hostage by the owners of its rights through state laws. Now, after settling disputes with music companies, including a major one with Apple, you can now stream all of The Beatles’ classics on Spotify, Google Play, Amazon Prime Music and yes, Apple Music. So whether you’re a fan of “Jude,” “Lucy” or “Eleanor Rigby,” you can rejoice in the legal victory that means hours of British boy band awesomeness (and no, we’re not talking about One Direction).

Get yourself in the mood to listen to The Beatles library with this iconic number:

And read more about this story here.

Disclaimer: Please note that the information contained within this blog post and site is offered simply as a consideration to visitors who are in the entertainment industry and are seeking to learn more about various areas of entertainment, be it in film, movies, television, music, digital, new media, film financing, merchandising and/or branding. As such, the information so provided should never be construed as legal advice. If you need further assistance or legal advice for your specific matter, please do not hesitate in contacting an entertainment attorney (film, music, digital, licensing, financing) here in Los Angeles, California at The Hollywood Lawyer by(1) emailing us at info@hollywoodlawyer.com; (2) calling us at (323) 300-4184; or (3) filling out our online form. thehollywoodlawyer.com.