Universal Music has filed a trademark infringement lawsuit against Republic.co, an online investment business, because members of the public and Music professionals are confused over the two companies’ music investment platforms. Universal Music launched Republic Records in 1995, and Republic has announced its release of Republic Music in partnership with Opulous. Universal Music claims to have “sent a cease and desist to the Republic investment platform” and now is seeking a court order to prevent the launch. The similarities are not just in the name but also in function. Both music platforms offer customers that invest in artists a chance at earning royalties. Republic’s has already started such operations last month in conjunction with Lil Pump and Soulja Boy, allowing fans to buy into the rights and royalties of new tracks. 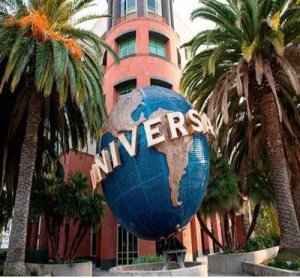 Universal Music’s lawsuit states the following, “Plaintiff brings this action to stop defendant’s wanton effort to usurp plaintiff’s Republic name and trademarks for itself in connection with new music-related services that defendant recently launched under the names Republic and/or Republic Music.”

“According to defendant, its new Republic-branded services allow fans to ‘invest in [their] favourite artists’ songs and earn returns from streaming royalties’ for those songs”, it goes on. “This ‘investment’ in turn also gives fans access to Music, tickets, artist merchandise, and other special events – all things that are typically associated with a record label. Indeed, defendant advertises its new Republic-branded music services as the record label of the future, promising artists that ‘the fans are your new record label'”.

“If defendant delivers on this promise”, it argues, “then the artists, labels, managers, agents, and fans who currently know of only plaintiff’s Republic label would be presented with two different companies offering identical services under identical names in the same industry. Confusion is inevitable”.

In fact, it adds, “in the short time since defendant announced the launch of its music-related services offered under defendant’s Republic marks, there have already been instances of actual confusion among members of the public and industry professionals who mistakenly believed that there is an association between plaintiff and defendant. If defendant’s use is not stopped, there will no doubt be further instances of actual confusion”.

“Universal Music Group is also expanding into the non-fungible token space”, it adds. “The company is in talks with leading innovators in the NFT space to sell unique artwork, music, and content associated with all of the labels under the Universal Music Group umbrella – including Republic”.

– Excerpt from an article for Billboard by Bill Donahue. Read the full article here.