The organization sent Swift’s legal team a strongly worded letter denouncing her threat to sue a California blogger who, without any evidence, accused the singer of supporting the white supremacy movement. The ACLU made the letter public on Tuesday.

The spat began when Meghan Herning wrote a piece on the obscure culture blog PopFront that accuses Swift of supporting racist eugenics and compares the singer to Adolf Hitler. The Oct. 24 post – titled “Swiftly to the alt-right: Taylor subtly gets the lower case kkk in formation”- is fairly convoluted, replete with long diatribes about eugenics and the Trump administration.

The main takeaway is that some white supremacists may have embraced Swift’s popular lyrics and music videos as supportive of their beliefs, and that Swift is racist for not publicly decrying them. 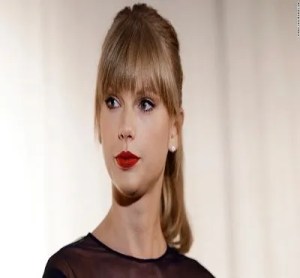 Herning specifically focused on Swift’s new hit single “Look What You Made Me Do,” which Herning claimed seems to offer “subtle, quiet white support of a racial hierarchy.” She wondered if the song serves “as indoctrination into white supremacy” for young girls.

“At one point in the accompanying music video, Taylor lords over an army of models from a podium, akin to what Hitler had in Nazis Germany. The similarities are uncanny and unsettling,” Herning wrote.

In response, Swift’s legal team sent a letter to Herning, who serves as the executive editor of PopFront, demanding a retraction of the story, which it called “provably false and defamatory.” The letter said Swift is “prepared to proceed with litigation” if the story isn’t retracted.

The letter, while menacing, didn’t legally require anything of the blogger. It was the first step toward a defamation lawsuit, which would be hard for Swift to win. Given that she is a public figure, not a private person, she would have to show in court that the blogger made the statements with “actual malice” – in other words, knowing they were untrue and publishing them specifically to destroy the pop star’s character. People in Swift’s position rarely prevail in defamation lawsuits, but it’s not uncommon for celebrities to use cease-and-desist orders, which have no force of law, to suppress negative stories.

The ACLU fired back with a letter on Oct. 25, claiming neither Herning nor PopFront would remove the article and that Swift’s arguments don’t hold water.

“The blog post is a mix of core political speech and critical commentary; it discusses current politics in this country, the recent rise of white supremacy, and the fact that some white supremacists have apparently embraced Ms. Swift, along with a critical interpretation of some of Ms. Swift’s music, lyrics, and videos,” the letter stated.

“Criticism is never pleasant, but a celebrity has to shake it off, even if the critique may damage her reputation,” it stated, adding that “not even in your wildest dreams” could Swift’s claims “constitute defamation.”

“The press should not be bullied by high-paid lawyers or frightened into submission by legal jargon,” she told Variety. “These scare tactics may have worked for Taylor in the past, but I am not backing down.”

Swift’s legal team did not respond to several media outlets’ requests for comment.