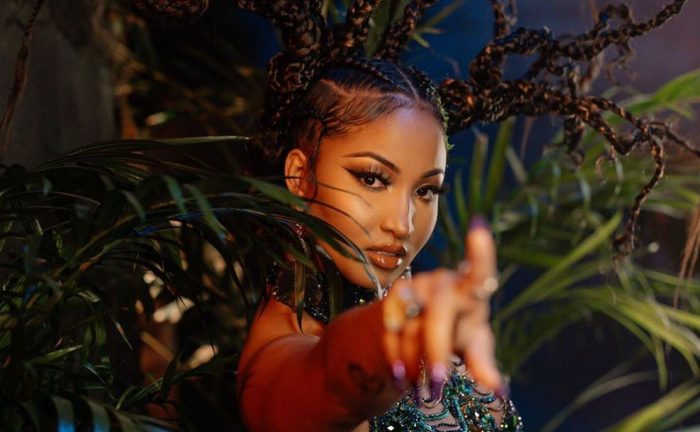 Shenseea and Megan Thee Stallion’s single, “Lick,” is under scrutiny for using an unlicensed track and possibly acting “in violation of the United States Copyright Act.” Shenseea’s label Interscope Records is also listed in the $10 million lawsuit filed by ‘Pupa Nas-T’ Hackett regarding clearance of the sample of Denise Belfon’s soca hit, ‘Work.’ Hackett wrote the sampled song in 1999 with Harkness Taitt. Hackett claims that he “never officially signed the clearance documents for the song’s use.”

“It is an administrative issue. It is a live issue in the courts right now… I can’t say much at this time,” Hackett reported. Hackett and his company Traveling Man Productions, LLC, are seeking over US$10 million in damages, profits accrued from Lick, attorney costs, a trial by jury, and that the Court order Shenseea and her co-defendants to destroy and remove all traces of the ‘Lick’ song from the public domain.

“We will not be able to comment too much on it, seeing that it’s an ongoing legal issue but what we can say is that we did not file the lawsuit, it was brought up by one of the composers of the original track so this is something independent. There are other writers and composers on the project, and from what I am seeing in what was filed, there may have been a breach in the agreement that was made between Mr. Hackett and Shenseea’s team,” he said.

“Right, why would we end up using a sample from somebody else’s song that was done in 2006 or five and not clear the song… Like, before you guys like look at the bigger picture and be like ‘Yo, Shenseea is repping for Caribbean…’ y’all trying to say I stole somebaddy song. Stop f-kin with me! Cause that’s so stupid!” she continued.

– Excerpt from an article for Jamaica Observer. Read the full article here.