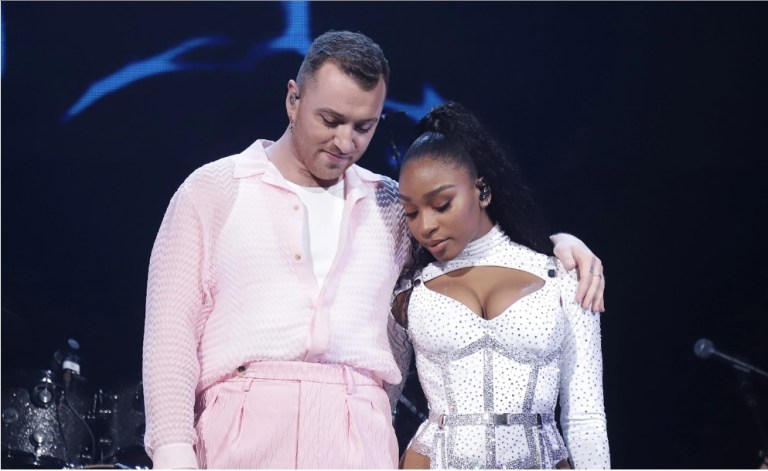 Sam Smith and Normani continue to tackle an ongoing lawsuit against them. Plaintiffs allege the duo stole from a 2015 song for their 2019 hit song “Dancing With a Stranger.” The attorney for the plaintiffs, Songwriters Jordan Vincent, Christopher Miranda, and Rosco Banlaoi, filed an appeal, and attorneys for Smith and Normani are working to have that dismissed. The songwriters claim that Smith and Normani “ripped off the title, chorus, and composition of their original and protected song published on Vincent’s YouTube channel, Spotify, and other streaming services.” They also claim that the defendants all had access to their original song and music video concept notes and that they eventually copied those materials. Lawyers for the defendants say the revised complaint, filed Aug. 15, doesn’t go far enough in addressing the “alleged deficiencies listed in their prior dismissal motion filed back in July, which was set aside to give the plaintiffs a chance to update their pleadings.” The case claims “direct, contributory, and vicarious infringement.”

Universal Music Group and Sony Music Publishing, among others, are also named in the lawsuit, and they say the amended “copy-and-paste” lawsuit relies on “self-contradictory” allegations that are “indiscriminately repeated verbatim as to every defendant.” For that reason, the claims for contributory and vicarious infringement should be chucked, they argue.

“Plaintiff’s First Amended Complaint continues, rather than cures, plaintiff’s failure to provide each defendant with fair notice of whose infringement he, she, or it supposedly knew about and how he, she, or it materially contributed to or induced it,” the new motion reads.

“Plaintiff stubbornly refuses to allege as to each defendant the claimed basis on which he, she, or it is supposedly contributorily or vicariously liable,” the motion continues, stating that each defendant “is entitled” to know what they allegedly did wrong. “That, alone, is a fatal defect that plaintiff failed to cure in its amended claim.”

“A girl dancing alone is not an obvious visual theme for a music video titled ‘Dancing With a Stranger,’ tending to dispel any notion that this similarity is a coincidence,” the paperwork argues. “When the extraordinary musical similarity between the songs is also factored in, it becomes even more apparent that it is impossible that the infringing composition and sound recording were independently created.”

“Another suspicious coincidence is that the call sheet for the plaintiff’s music video specifically mentioned using the visual concept of mannequins coming to life. Although this concept was not utilized in the plaintiff’s music video, Normani and the director of the defendants’ music video gave an interview in 2019 discussing how the defendants wanted to use porcelain statues coming to life for their music video,” the lawsuit alleges. “The odds that such a unique but highly similar idea would have come independently to defendants are astronomical, especially considering the other shared similarities.”