Damon Dash is being sued by Roc-A-Fella, the company that he co-founded, for attempting to auction off Jay-Z’s 1996 album, “Reasonable Doubt,” as an NFT. Claiming that the suit is merely a scare tactic, Dash responded, saying that he has every right to sell and was “not attempting to sell any one of Jay-Z’s albums, but rather his entire share of the Roc-A-Fella label.”

Roc-A-Fella, in its lawsuit, retorted: “The bottom line is simple: Dash can’t sell what he doesn’t own. By attempting such a sale, Dash has converted a corporate asset and has breached his fiduciary duties.” 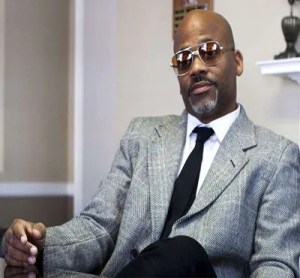 Dash told TMZ, “They just said that I tried to sell an NFT of ‘Reasonable Doubt’ and … it’s not true,” Dash told Page Six. “I’m not running around to different places trying to auction off ‘Reasonable Doubt.’ I’ve been working with one platform, and that’s SuperFarm. And the thing is I own a third of Roc-A-Fella Records, and I can sell my third if I feel like it.”

According to the platform looking to auction Dash’s share, SuperFarm was quoted saying about the sale, “This marks a new milestone in the history of NFTs, entitling the new owner to future revenue generated by the unique asset… Selling the copyright to Jay-Z’s ‘Reasonable Doubt’ as an NFT is a groundbreaking landmark — both for the crypto space and the broader music industry. The newly minted NFT will prove ownership of the album’s copyright, transferring the rights to all future revenue generated by the album from Damon Dash to the auction winner.”

– Excerpt from an article for Variety by A.D. Amorosi. Read the full article here.