When the Village People play a series of Australian winery shows in December, there will be a cowboy, a native American, a construction worker, a GI, a leather-clad biker and a cop on stage, just as there was last time they were here, in May, and the time before that, in December 2015.

But this time, the performers in those roles will be different, because after nearly 40 years of constant touring, the long-term People have been told they are no longer welcome in the Village.

The man who has ousted them is Victor Willis, the original cop, who walked away from the group in 1979 but has now, 38 years later, used the courts to reclaim it as his own.

You might think that makes Willis the bad cop of this tale, and in the eyes of the six long-term Village People – who collectively have been performing the roles for about 140 years – that’s precisely what he is. But what complicates matters is the fact he was for so long the victim. 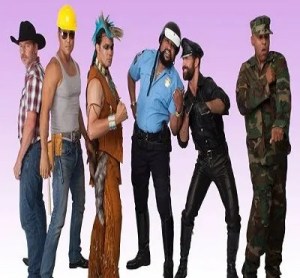 Willis wrote the lyrics to, and sang lead vocals on, most of the songs for which Village People are best known – YMCA, Macho Man and Go West among them. But for decades he was paid only a fraction of the royalties he ought to have received, in part because his lyrics were deemed “works for hire” by Scorpio, the French music label behind the group.

In 2012, after years of legal battles, a US court finally found in Willis’ favor, awarding him between one-third and one-half copyright in those songs, a deal potentially worth millions. And then, with the aid of his wife Karen, he set about reclaiming everything else.

“The original Village People concept is any five characters behind the powerful voice of Victor Willis. That’s the real Village People,” the singer said in a post on his Facebook page in August.

– Except from The Sydney Morning Herald by Karl Quinn. See the full article here.