Jay-Z has successfully paused a lawsuit between his company, Roc Nation, and the clothing company Iconix, after arguing that the lack of African American arbitrators in the case left him vulnerable to unconscious bias.

The rapper and business mogul, real name Shawn Carter, is in a legal dispute with Iconix after the company bought his Rocawear clothing brand in 2007. He has since produced merchandise with the logo of Roc Nation, which he still owns; Iconix is arguing the merchandise violates the terms of the Rocawear sale agreement. Jay-Z countersued, arguing that he has not violated the deal terms. 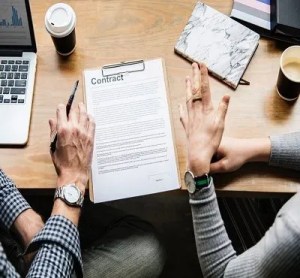 The standoff resulted in an arbitration hearing, with each side told to select four arbitrators from the American Arbitration Association to assess the case. In a petition to have the case halted, Jay-Z’s legal team said that he was “confronted with a stark reality: he could not identify a single African American arbitrator on the ‘large and complex cases’ roster.” Three of about 200 members were found to identify as African American, but with one of them having a conflict of interest in the case, lawyers then argued that the remaining two candidates were “no choice at all”.

They also argued that the lack of black arbitrators in the case would put Jay-Z at a disadvantage. “[It] deprives litigants of colour of a meaningful opportunity to have their claims heard by a panel of arbitrators reflecting their backgrounds and life experience,” the court petition reads, citing “unconscious bias” from white arbitrators towards black defendants. It added that left unresolved, the situation would “deprive black litigants like Mr Carter and his companies of the equal protection of the laws”.

– Excerpt from an article written by Ben Beaumount-Thomas for The Guardian. Find the full article here.