In 2016, Tresóna Multimedia LLC, an Arizona-based music-licensing company, sued the Burbank High School Vocal Music Association,” an association of show choirs from five different high schools in the district, “one of which inspired the TV series “Glee.” They sued because these choirs were competing with music they did not correctly license. As defendants in the lawsuit, Tresóna named the high school program, its music director Brett Carroll and individual parents involved in the choirs’ boosters club as defendants.

Attorney A. Eric Bjorgum, who represented the boosters club, said, “One thing that is amazing about this case is that they not only sued the nonprofit [boosters club] but also sued the parents and their spouses who work with the [nonprofit]. You have people that are just helping their kids, and all of a sudden, they’re on the hook for a federal copyright lawsuit.”

Tesóna claimed it had rights to the sheet music used to arrange the songs for two show-choir performances, such as “(I’ve Had) The Time of My Life,” and “Hotel California.” But, on March 24th, the appeals court ruled that the firm “lacked standing to sue the school over three of the songs.” 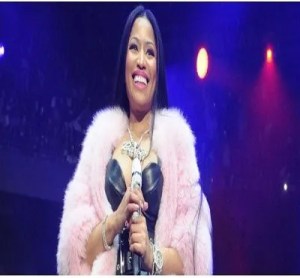 “We are especially swayed here by the limited and transformative nature of the use and the [arranged show music’s] nonprofit educational purposes in enhancing the educational experience of high school students,” Judge Wardlaw wrote in an opinion document.

“Jann-Michael Greenburg, Tresóna’s vice president of business affairs, stated via email that the firm believes songwriters’ rights are important, and the company is “working with our counsel to determine the appropriate way forward, including by filing an appeal, if proper.” He added, “The Burbank High School Vocal Music Assn. … raises and spends hundreds of thousands of dollars each year paying for flights, hotels, competition fees, equipment, supplies, arrangers, musicians, choreographers and many others. The only people that are not asked permission or compensated for the use of their property are the songwriters whose music forms the basis of all of the association’s activities.”