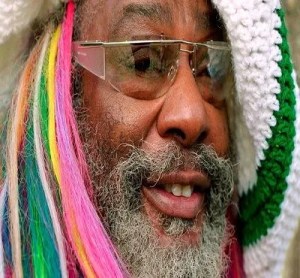 Another Clinton making the headlines, music legend George Clinton has been fighting quite the political (or better, yet legal) battle of his own- the right to own his own music. Bridgepoint Music, a music publishing company, obtained the rights to almost a decade of Clinton’s work in 80s, and Clinton has been fighting this for close to 20 years now. He argues that Bridgepoint obtained his music illegally and despite suing the company on two different occasions, he has yet to actually present his case in court. “I know it sounds crazy, but it is crazy,” he says of his case. “I’m not getting anything. The legality of the situation is unbelievable.” Note that Bridgepoint even was one of the plaintiffs in the “Blurred Lines” on behalf of Clinton’s song “Sexy Ways,” another reason why the company has come to be known as a “sample troll.” Clinton continues to fight his uphill battle against copyright law and hopes to one day own his music again.

Check out the full article here: George Clinton Believes Our Music Copyright Laws Are Broken … and That Aliens Exist