A jury has sided with Cardi B in her libel case against Youtube vlogger Tasha Kebe and has ordered Taska to pay $1.25 million. Cardi claimed that Tasha’s videos on her from 2018 and 2019 were intentionally trying to inflict pain and that she asked Tasha to remove them. Tasha did not, and Cardi sued for invasion of privacy, intentional infliction of emotional distress, and liability of libel. Cardi claimed that Tasha had attempted to “destroy her career” and that “she suffered fatigue, weight loss, migraines, and anxiety, as Kebe spread the malicious speculation to her nearly 1 million YouTube followers in videos uploaded in 2018 and 2019.” 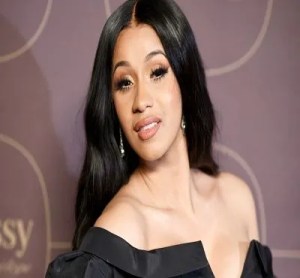 Kebe countersued, claiming that she had been threatened by Cardi fans after the artist “began to publicly trash” her on the internet. During court, “Kebe told jurors that she knowingly published lies about the rapper to generate money for her business.”

Cardi in court expressed her concern at the time for her mental health as a result of the published posts, “I felt defeated and depressed, and I didn’t want to sleep with my husband.” “I felt extremely suicidal,” Cardi said in court, according to Billboard, adding that she also felt “helpless.”

The judge stated, “Kebe has failed to produce any evidence that plaintiff herself threatened Kebe or made her believe that she was going to harm her.”

– Excerpt from an article for Billboard by BILL DONAHUE, JEWEL WICKER. Read the full article here.