A 26-year-old entrepreneur and a founder of a big music event ‘Fyre Festival’ Billy McFarland has been recently arrested in New York on a wire fraud charge, the US authorities confirmed on Friday. 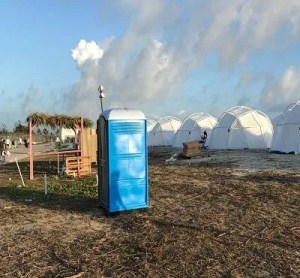 McFarland teamed up with Ja Rule and promised a ultra-luxurious event in the Bahamas with big music stars and supermodels, promoting all of that with a range of social media influencers, and charging thousands of dollars for the tickets, but organizers cancelled the show, leaving hundreds of people stranded “with few provisions, little shelter, and no entertainment”.

McFarland faces charges in misrepresenting the financial status of his business Fyre Media in order to get access to a big stack of cash. The charge carries a maximum sentence of 20 years in prison.

A number of lawsuits were filled in New York and Los Angeles by the angry ticket holders, suppliers and investors. Furthermore, it then emerged that McFarland’s businesses already were under investigation by the Southern District Of New York and the FBI.

The last week’s charges were mainly related to allegations that McFarland lied to investors who pumped money into his ventures, including altering financial documents to obscure how little revenue the business actually made.

McFarland was granted bail after posting a $300,000 bond, less than prosecutors were asking for. After than McFarland said that he is now too broke to hire an attorney. Although, recent BusinessInsider’s article says that McFarland “drives a $110,000 Maserati and rents a $21,000-a-month penthouse”.
He is now due back in court on July 7th.