Filmmaking is one of the most creative industries in the entertainment industry. It is regulated by federal laws. Filmmakers are given greater liberty as a result of the amendment of the rules, allowing them to express their artistic concepts more freely. 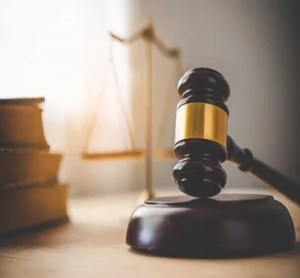 Certain federal laws are stricter if we think about censorship. The music and theatre industries, on the other hand, do not have as many restrictions. Filmmakers and moviegoers’ rights and representation are safeguarded by state and local censorship laws that have been passed in several major cities throughout the United States.

In 1968, the MPAA stopped assigning ratings to movies and instead began using descriptors such as “G” for general audiences, “PG” for parental guidance, “R” for restricted, and “X” for adults only. The MPAA stopped using the X rating in 1990 and began using the NC-17 rating instead. The NC-17 rating is given to movies that are too graphic or explicit for audiences under the age of 17.

In order to get a movie rated by the MPAA, the filmmakers could submit their film to the MPAA for review. The MPAA has the authority to cut or edit scenes from a movie in order to receive a rating.

If you want to learn about filmmaking rules, a Los Angeles Intellectual Property lawyer can assist you.

Censorship is still very relevant in the present day. It has not gone away and is still practised in different ways. The MPAA’s film ratings system is one way that films are censored. This system rates films according to their content and assigns them a particular rating. G, PG, PG-13, R, and NC-17 are the five ratings that are used.

What Is the Hays Code?

The film producer was required to adhere to certain restrictions. Profanity, suggestiveness in nudity, graphic or realistic violence, sexual persuasions, and rape were all prohibited by the code. The obscenity would be measured according to the following criteria:

A number of limitations must be placed. The First Amendment protections of filmmakers were utilized to legitimize these limitations.

What is the Child Protection and Obscenity Enforcement Act?

This act, passed in the year 1988, defined the federal laws of the film industry. It increased the penalties for filmmakers who distributed obscene materials to children. The act also criminalized the distribution and possession of child pornography. As per this act, filmmakers had to keep records of what producers were creating regarding actual and sexually governed material in films.

This was crucial because it allowed for a secure film process. This legislation not only protected the filmmakers’ rights, but also gave federal investigators power. They could now investigate and prosecute anybody who violated the law.