A producer is generally a person who oversees all aspects of music or record production. From choosing individual musicians to selecting the instruments that will be played within a piece, a music producer can play a critical role in the creation of marketable music.

Without an experienced music producer, it can get challenging to produce the final product. Just like film directors, music producers play a significant role and can be essential for achieving the professional quality most musicians seek. 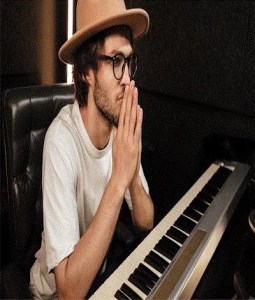 A producer can convey the artist’s vision and make all of the decisions required to produce the intended results. For example, if a producer is helping you to create music to be used on a television program, television lawyers can assist you with protecting your rights and help you avoid legal hassles down the road.

Music producers usually charge by the hour and according to the number of master recordings they have completed. The music producers often ask for royalties from sales of the song, as well.

You should have all of these details written in the contract and agreement to prevent any issues from coming up later. A producer’s upfront fees may vary and can depend on a number of other factors. The following factors may play a role in how much a producer decides to charge:

Whether the music will be for a local audience or a global audience may also affect the overall charges, which generally range from $250 to $1,000 per hour. The hourly fees may even be higher, depending on the factors above.

In addition to the upfront charges, a music producer can also receive record royalties. For example, they may receive points or a percentage of royalties earned on a music album or a song. A music producer will usually receive 3% to 4% of the record’s price.

In some cases, the music producer may even get 20% to 25% of the artist’s royalties. The situation may vary from producer to producer and should be expressly defined in the contract.

The recording agreement should clearly document all of these details. If certain criteria do not meet your requirements, you can object to the music producer and seek changes to the contract. This is one of the main reasons why it is so important to dig deep into the details of the recording agreement.

Before you decide to proceed further or sign any agreement regarding your music, you should read the document thoroughly and seek legal advice on whether it protects your interests.

There are some music producers that choose to charge per song rather than charging by the hour. In some cases, a music producer who charges per song may be less costly than one who chooses to charge on an hourly basis.

If you are at the beginning stages of your career, it may be difficult for you to afford hourly costs. Choosing a music producer who charges per song can help to make it easier for you to calculate the total expense you will incur.

A music producer agreement should contain a number of essential clauses. Here, we have also outlined some of the key factors you should consider before signing on the dotted line.

Things to Look Out for in a Music Producer Agreement

Before signing any agreement, keeping these key points in mind can help ensure that your interests are protected.

In an optimal scenario, after the artist pays the music producer, the artist would have all rights to the recordings. However, under some circumstances, a music producer will seek a co-ownership interest. Be sure to check who owns the master recording and make your decision accordingly.

The industry standard is generally 2% to 5% of net record sales. You should be sure that you are comfortable with the percentage listed before you sign the contract and proceed further. Once you sign the agreement, you will generally be bound by the terms it contains.

Within the music producer agreement, some music producers may demand SoundExchange revenue on the songs that they produce. In some cases, you can seek to cap the other royalties to ensure that you get the most benefit as the artist. If the percentage of royalty is higher, the artist receives less money.

The last aspect that can play a significant role in the music producer agreement is the overall fee structure. You should talk to an experienced legal professional to protect your interests as a musician and to avoid any future disputes.

Many factors are involved in a contract, and most agreements have multiple clauses and use complicated legal language. You may not be able to understand the lingo and terminology that are contained within the agreement.

Before you sign an agreement, it is important that you know what each term within the contract means. You can seek help from Los Angeles entertainment lawyers, who can address all of your concerns and help you determine whether the terms of a contract will benefit you. After all, you should never work without an official agreement or contract in hand.