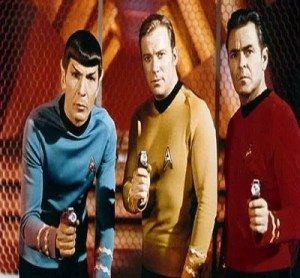 As you may recall at the beginning of the month, we talked about the fan-made film, “Star Trek: Anaxar” and its legal struggle with CBS Studios and Paramount Pictures to allow its continued production (see: Film Fridays- Star Trek Fan Film May Not “Live Long and Prosper”) Now Trekkies everywhere may have a reason to rejoice– Axanar Productions, the company behind the film, has hired a legal team to fight back against the big studios. One of the major complaints against Anaxar is that the film almost completely borrows from created work. However, as one of Anaxar’s lawyers points out, “CBS Studios has had a long history of accepting fan films,” and this one shouldn’t pose a threat. “We want to produce this film and we want to respect the rights of the owners of the intellectual property on which our film is based.” It remains to be determined if the little guys will win in this case, but the outcome could have far-reaching legal effects for small-time production companies and purveyors of fan fiction alike.

And if you haven’t seen the prelude to “Star Trek: Anaxar” be sure to check it out:

Live long, prosper and have a great weekend!