With this year’s SXSW coming to a close, some of you are wondering which films created a buzz at the festival and which failed to garner any interest. Well, we’ve compiled a list of those films that attracted some attention at this year’s festival. 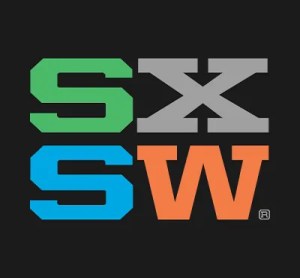 2. All Things Must Pass – a documentary tracking the rise and fall of the Tower Records chain

4. Trainwreck – a Judd Apatow-directed comedy starring Amy Schuster and Bill Hader, where they give monogamy a try

6. Creative Control – a futuristic Brooklyn comedy directed by Benjamin Dickinson, in which he plays an overworked, tech-addicted executive who uses the next generation type of glasses to develop a life-like avatar of his best friend’s girlfriend

7. Night Owls – a Charles Hood comedy, starring Adam Pally and Rosa Salazar who end up having a one-night stand when the night doesn’t go as expected

8. Krisha – a drama written and directed by Trey Edward Shults, starring Krisha Fairchild (the director’s real-life aunt) who plays an alcoholic and consequently creates a rift in her family

9. Furious 7 – the seventh installment of The Fast and the Furious franchise, particularly of interest as it stars deceased Paul Walker, along with our other favorite racers, Vin Diesel, Michelle Rodriguez, Dwayne Johnson, Jason Statham, Ludacris and Shad Moss (Bow Wow)

10. The Breakfast Club – Yes, this movie has been out for years … in fact 30 years as this year marks its 30th year anniversary. So, in order to celebrate, a newly restored version of the film was premiered at SXSW this year. 🙂 What a classic! Now available on Blue-ray and DVD, if you want it.

Disclaimer: Please note that the information contained within this blog post and site is offered simply as a consideration to visitors who are in the entertainment industry and are seeking to learn more about various areas of entertainment, be it in film, movies, television, music, digital, new media, film financing, merchandising and/or branding. As such, the information so provided should never be construed as legal advice. If you need further assistance or legal advice for your specific matter, please do not hesitate in contacting an entertainment attorney (film (movie), music, digital, licensing, financing) here in Los Angeles, California at The Hollywood Lawyer by (1) emailing us at info@hollywoodlawyer.com; (2) calling us at (323) 300-4184; or (3) filling out our online form.