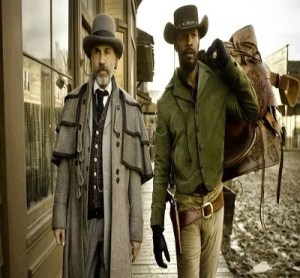 Filmmakers and brothers Oscar Colvin Jr. and Torrance J. Colvin claim that “Django Unchained” was copied from their script’s plot and storyline, “Freedom.” For damages caused by infringement, they ask for “an amount in excess of hundreds of millions of dollars” in the lawsuit, which also lists The Weinstein Company and Columbia Pictures.  “The brothers claim that Tarantino was initially mentioned by the agency as a possible director or producer for the project, but it wasn’t ultimately picked up. Instead, Oscar and Torrance Colvin claim Tarantino simply stole key elements from their script, which supplied him with “the heart, bones, and muscles to develop the unique idea that eventually would be transformed into Django Unchained.”

– Excerpt from an article for BGR by Zach Epstein. Read the full article here.