Paramount has sued its insurance company, Federal Insurance Company, over breach of contract for not covering Covid-19 costs on Tom Cruise’s Mission: Impossible 7. The film’s production shut down both in Italy and the U.K. in February 2020, then in March 2020, and twice in October 2020 because of illness among crew covered under its insurance plan. While Paramount expected to have upwards of $100M coverage, Federal only paid out $5M, based on “arbitrary categorizations.” 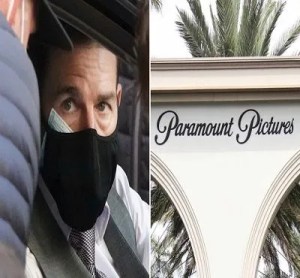 “However, when Paramount sought payment for the full amount of its insured losses under the policy, Federal refused,” according to the suit. Paramount asserts that “Federal’s conduct is contemptible and has been done with a conscious disregard of Paramount’s rights, constituting oppression, fraud, and/or malice.”

“Paramount suffered significant losses and damages covered by the Policy when it was forced to suspend and postpone production of Mission Impossible 7 due to Closure Orders affecting different filming locations, cast illnesses, and the need to protect cast and crew and its locations from exposure to SARS-CoV-2,” studio’s Pasich LLP lawyers.

The suit goes on to claim that, “Ultimately, Federal paid only a small portion of Paramount’s losses, denying coverage for the majority of them. By doing so, Federal breached the parties’ contract. Furthermore, Federal acted unreasonably, choosing to favor its interests over those of its insured, tortiously breaching the implied covenant of good faith and fair dealing.”

– Excerpt from an article for Billboard by David Robb. Read the full article here.