The family of Oscar Pistorius are to sue the makers of a new film on the life of the South African sprinter, who is serving a prison sentence for murdering his girlfriend four years ago.

In a statement on Tuesday, they said the film, to be released next month, was “a gross misrepresentation of the truth”.

“The ‘film’ is rather a representation of what the prosecution tried to portray. We will be taking legal action,” they said.

Pistorius, a double amputee who found global fame when he reached the semi-finals of the 200m sprint at the 2012 Olympics in London, was sentenced last year to six years in prison for killing Reeva Steenkamp, a model and law graduate, in 2013 after firing four bullets from a handgun through a closed toilet door in his home in Pretoria.

The 30-year-old has always maintained that he believed he was shooting an intruder, not his girlfriend, and rejected descriptions of a tumultuous relationship with Steenkamp marked by jealousy and arguments. 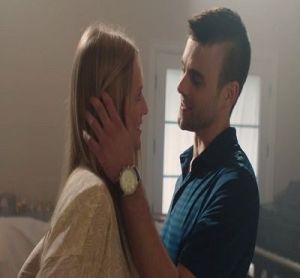 Steenkamp’s parents said on Monday they had been “horrified and upset” to read a report in US media that the film would be told from the perspective of Steenkamp and her mother.

“Any impression that is created that … the movie is endorsed by the Steenkamp family is untrue and incorrect,” they said.

The film, Blade Runner Killer, has been made by a US cable and satellite TV company. It stars Andreas Damm, a South African actor based in New York, and Toni Garrn, a German model.