Netflix jumped into live entertainment last year with a Stranger Things drive-in show. The show opened in downtown Los Angeles and was a makeshift fictional town of Hawkins, Indiana, in 1985. The actor played one of the monsters from the series when he expressed concern about the risk of COVID-19 and carbon monoxide to management. When his concerns were not taken seriously by the production company Secret Cinema and Empyrean Production Services, he filed a complaint with the California Occupational Safety and Health Administration. “Eventually, Hearl says, his employment was terminated. He now claims his firing runs afoul of California’s Whistleblower Retaliation statutes, which protects employees from retaliation after reporting legal violations to authorities.” 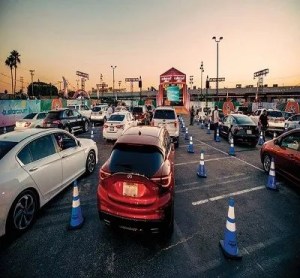 Netflix’s comment came through the production company they contracted to host the drive-in show, “The safety of fans and our team members has remained the highest priority since the inception of the Stranger Things Drive Into Experience. There are robust measures in place to protect the health and well-being of everyone on-site, and we’re proud that these protocols have resulted in an excellent safety record.”