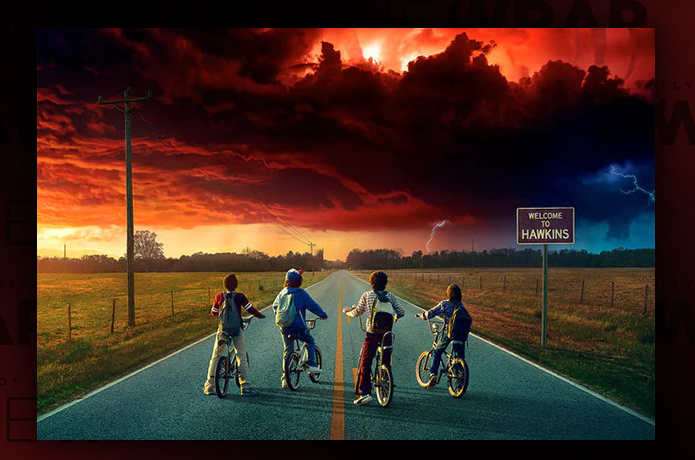 Netflix and “Stranger Things” creators Matt and Ross Duffer are being sued for copyright infringement and unspecified damages by Irish Rover Entertainment. The plaintiff claims concept artist Aaron Kennedy worked on their project and for “Stranger Things” and copied several elements of their screenplay, “Totem,” including “plot, sequence, characters, theme, dialogue, mood, and setting, as well as copyrighted concept art.”

The lawsuit lists such similarities between “Totem” and “Stranger Things” as: “In “Totem,” one of the characters is a little girl named Kimimela or “Kimi” for short who has supernatural powers. Kimimela helps her friends find the portal gate to an alternate supernatural plane and helps them battle the plane’s inhabitants; a dark spirit named Azrael and his army of Blackwolf.”

“In “Stranger Things,” one of the characters is a little girl name Eleven or “El” for short who has supernatural powers. Eleven helps her friends find the portal gate to an alternate supernatural plane and helps them battle the plane’s inhabitants; a Shadow Monster and his army of Demogorgon.”

A representative for Netflix told TheWrap, “Mr. Kennedy has been peddling these far-fetched conspiracy theories for years, even though Netflix has repeatedly explained to him that The Duffer Brothers had never heard of him or his unpublished script until he began threatening to sue them. After we refused to give in to his demands for a payoff, he filed this baseless lawsuit. There is no shortage of people who would like to claim credit for creating ‘Stranger Things.’ But the truth is the show was independently conceived by The Duffer Brothers, and is the result of their creativity and hard work.”

– Excerpt from an article for The Wrap by Daniel Goldblatt. Read the full article here.