The case of Olivia Jackson, stunt double for Milla Jovovich’s character, Alice, on the latest Resident Evil installment, is the most recent example of crew safety placed behind the financial gains of a film. Olivia, a skilled stunt double, was asked to a last-minute fight scene during filming in 2015 and wound up running into a crane with her motorcycle. 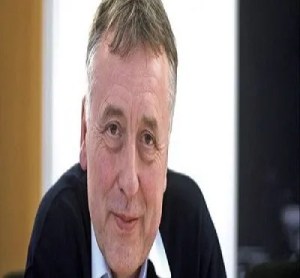 “Jackson says the crane operator didn’t lift it in time, and she collided with the camera, which resulted in it “slicing through the bone of her forearm and tearing the flesh off her cheek, leaving her teeth exposed.” She also suffered other “catastrophic” injuries, her left arm had to be amputated, and she fell into a medically induced coma, according to the complaint.”

Olivia suit states the producers and director mislead her and her husband about the insurance coverage and who would cover her medical costs. The truth was that there was no liability coverage for her claim, and they only paid out $33,000. The injuries were so severe that Jackson would never be able to work as a stunt double again.

In her claim, Olivia shined light not just on her injury but on others. Such as crew member, Ricardo Cornelius, who died during filming on the same movie, and 16 background actors injured in a previous installment. Olivia was set to star as the stunt double for Wonder Woman when she injured herself on Resident Evil, a role that she didn’t need to take.

The film grossed more than $300 million, and the Resident Evil franchise is worth over a billion dollars, so is the value of crew lives just collateral damage?

“Olivia is suing Bolt Pictures, Tannhauser Gate, Jeremy Bolt, and Paul Anderson, who also directed the film, for breach of contract and misrepresentation and is seeking unspecified damages.”

– Excerpt from an article for The Hollywood Reporter by Ashley Cullins. Find the full article here.