Thus begins the decision by a Washington federal judge who on Thursday found enough puns in the extensive catalog of James Bond films to move a lawsuit against MGM and and 20th Century Fox Home Entertainment forward.

Mary Johnson is suing on behalf of herself and other completistswho insist the distributors of James Bond films were deceptive in marketing a box set purporting to include “all” of the films but missing Casino Royale (1967) and Never Say Never Again (1983). Those two films weren’t MGM films for reasons recounted in our earlier story, but are owned by MGM now.

The defendants, staring at a putative class action claiming a violation of the Washington Consumer Protection Act and breaches of express and implied warranty, argued that any reasonable consumer would review the box sets’ outer packaging and then open the box sets to review their inner contents and figure out what really was included in the Bond box set. 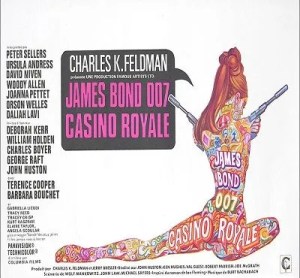 “At this time, the Court will Live and Let Die,” writes U.S. District Court judge Ricardo Martinez, meaning he thinks some claims should live and others should be shot down by a Walther PPK.

MGM tried to convince the judge that the words “all” and “every,” enjoyed by class action lawyers everywhere, aren’t actionable and that fans of David Niven are out of luck.

“The Court finds the questions of how a reasonable person would interpret ‘all’ and ‘every’ and what qualifies as a James Bond film remain for the trier of fact to decide,” concludes the judge in Thursday’s order. “These terms are not unequivocally puffery as a matter of law. Defendants fail to adequately address Plaintiff’s argument as to the omission of Casino Royale and Never Say Never Again or the need for a disclaimer. Even if a reasonable consumer examines the box-sets’ entire packaging, they would only know which films are included. That consumer would not know whether the box-set includes ‘all’ James Bond films or which films are excluded. This could constitute a deceptive act under the WCPA. The Court finds Plaintiff has adequately pled a claim for relief under the WCPA.”

MGM took aim at the express warranty claim by arguing that consumers had “actual knowledge” of what they were getting, but without the benefit of, say, a survey of 007 fans, the judge finds the factual record incomplete. Martinez writes that at this point, the record only supports consumer knowledge of the films included, and Casino Royale and Never Say Never Again will have to be tested later.