What looked like a promising project has now capsized under an ugly legal dispute between star-producer Gibson and one of the production companies behind the movie based on the book,”The Professor and the Madman” by Simon Winchester. A series of fights over budgets, filming locations and final cut has raised questions about the future of the film, creating a cautionary tale about the challenges independent filmmakers face in trying to get their pet projects onto the big screen.

The case highlights how indie film production has become an increasingly perilous business, said Richard Marks, a partner at the Point Media, a Los Angeles entertainment law firm. “When you see independent movies, and you see all these producers [in the credits], you can see how risky it is and how many people it takes.”

The proliferation of producer credits — “Professor” features about 10 — means that there are more cooks in the kitchen, many of whom want a say in both the financial and creative aspects of production.

A war between producers lies at the heart of “The Professor and the Madman.” On one side is Icon Productions, Mel Gibson’s Santa Monica company behind such hits as “Braveheart” and “The Passion of the Christ.” It is squaring off against Voltage Pictures, the L.A. producer and film sales agent founded by Frenchman Nicolas Chartier. Gibson recently filed a breach of contract lawsuit in Los Angeles County Superior Court against Voltage, alleging it has failed to perform many of its fiduciary duties, including providing a final budget. 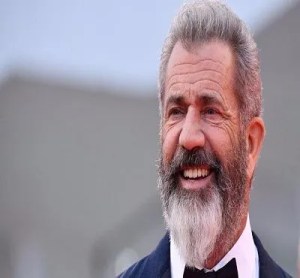 The suit also says Voltage has prevented the movie, directed by first-timer Farhad Safinia, from shooting crucial scenes on location in Oxford, England. As a result, principal photography on the movie remains incomplete, throwing the project’s future into doubt.

Winchester, the author, isn’t involved with the suit but is siding with Icon. “I don’t blame them at all. Voltage has behaved pretty shabbily,” Winchester said in an interview.

The British-born writer, who did not have a formal role in the production, said he was “more amused than appalled” by the legal dispute. “I was a young man when people first started saying to me ‘this would be a great movie’,” he said. “I sometimes think I’ll be in my grave before it gets made.”

Voltage has denied the allegations, saying in a statement that it “had sincerely hoped to have an excellent relationship with Mel Gibson and his company on ‘The Professor and The Madman,’ but Mr. Gibson and the film’s director consistently failed to live up to their professional and contractual responsibilities to Voltage. Voltage intends to vigorously defend itself in the lawsuit, and we are confident Voltage will ultimately be fully vindicated.”