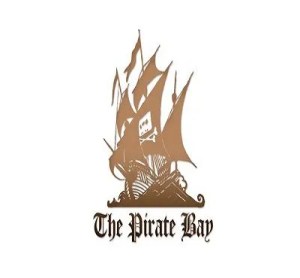 The latest story in a slew of many cases of the big studios cracking down on illegal downloading sites (see: Warner Bros. “Putin” Russian Anti-Piracy Laws to the Test and MPAA Plays Legal “Avenger” and Attacks MovieTube in Piracy Suit) deals with one of the giants in the torrent world, The Pirate Bay. Based out of Norway, The Pirate Bay, an extremely popular torrent website to download illegal movies, music, etc., has been the bane of major movie studios and record labels existence here in the US, as legal action has been stalled for years. Now that Norwegian laws have been passed in order loosen restrictions on what is considered “censorship” (i.e. shutting down a website, even if it is distributing content without the owner’s permission), companies including Disney, Warner Bros. and Sony are taking the opportunity to launch a formal legal battle against eight of these sites operators (including Pirate Bay’s founder, Fredrik Neij) and 11 internet service providers. The studios are demanding that the ISPs block access to the torrent sites, arguing that the websites should be held accountable for violating the rightholder’s ownership. There should be a decision regarding this within the next two weeks, but for now, if I were you, I’d stay “fa-arr” away from The Pirates Bay.

Disclaimer: Please note that the information contained within this blog post and site is offered simply as a consideration to visitors who are in the entertainment industry and are seeking to learn more about various areas of entertainment, be it in film, movies, television, music, digital, new media, film financing, merchandising and/or branding. As such, the information so provided should never be construed as legal advice. If you need further assistance or legal advice for your specific matter, please do not hesitate in contacting an entertainment attorney (film, music, digital, licensing, financing) here in Los Angeles, California at The Hollywood Lawyer by(1) emailing us at info@hollywoodlawyer.com; (2) calling us at (323) 300-4184; or (3) filling out our online form. thehollywoodlawyer.com.