Screenwriter Nicole Gilbert-Daniels is suing Lionsgate Entertainment and Starz over their highly-recognized series “P-Valley,” which premiered in 2020 and resembled her play, “Soul Kitten Cabaret,” from 2011. Gilbert-Daniels reported that in 1994, Leroy Bobbit, an entertainment attorney, pitched the script as a musical TV drama to Lionsgate CEO Jon Feltheimer. She left two copies of the script and the DVD. Gilbert-Daniels is seeking actual and statutory damages, as well as a jury trial in the civil suit. 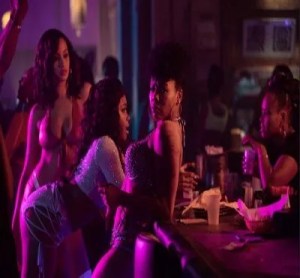 The lawsuit alleges the series is a “veritable unauthorized 2020 knock-off of Plaintiff’s ‘Soul Kittens Cabaret,'” and that the defendants “knowingly and illegally used Plaintiff’s works to create the ‘P-Valley’ television series.” The lawsuit defendants include Legendary Television, Chernin Entertainment, and “P-Valley” executive producer Liz Garcia and co-producer Patrik-Ian-Polk.

“During the Lionsgate SKC Pitch, Feltheimer expressed enthusiasm and interest in scripting ‘SKC’ as a musical drama series for Lionsgate and even stated that he loved the character named ‘Tata Burlesque,'” the lawsuit states. “Feltheimer further explained that he enjoyed reading scripts and would read the script over the weekend, share it
with the Lionsgate team, and follow up with Bobbit,” it continues, noting that she never heard from Feltheimer or Lionsgate again.

– Excerpt from an article for The Wrap by Sharon Knolle. Read the full article here.