An eight-year lawsuit has finally come to an end for Lifetime Television. A judge has ruled in their favor stating that they did not over fictionalized the movie “Romeo Killer,” and therefore protected under the first amendment and deemed newsworthy. The film “Romeo Killer: The Christopher Porco Story” is based on the true story of the trial of Christopher Porco killing of his father and attempted killing of his mother. When it aired in 2013, the real-life Christopher Porco sued, and Lifetime needed an emergency appeal to lift the injunction on the film. The family did not stop, and in 2017 won on appeal, where the court “determined that it was possible for Porco to show the film still had “too much fictionalization” to qualify as newsworthy.” 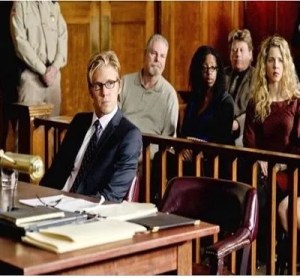 The judge explained that “to win, Porco must prove that the movie was, essentially, so fictitious that it amounted to an “all-pervasive use of imaginary incidents.” The newsworthy exception isn’t met if the content is “substantially fictionalized” and doesn’t serve a public interest.” But, Lifetime was upfront about the dramatized nature of the film and that the film was only based on actual events in the public’s interest, which is why the judge ruled in their favor.

Below is what the judge wrote about their decision:
“A review of those materials confirms that the film is a dramatization that at times departed from actual events, including by recreating dialogue and scenes, using techniques such as flashbacks and staged interviews, giving fictional names to some individuals, and replacing others altogether with composite characters. The film nevertheless presents a broadly accurate depiction of the crime, the ensuing criminal investigation, and the trial that are matters of public interest.

More importantly, the film makes no [*5] effort to present itself as unalloyed truth or claim that its depiction of plaintiffs was entirely accurate, instead alerting the viewer at the outset that it is only “[b]ased on a true story” and reiterating at the end that it is “a dramatization” in which “some names have been changed, some characters are composites and certain other characters and events have been fictionalized.” In our view, the foregoing satisfied defendant’s initial burden of showing that the film addressed matters of public interest through a blend of fact and fiction that was readily acknowledged, did not mislead viewers into believing that its related depictions of plaintiffs was true and was not, as a result, “so infected with fiction, dramatization or embellishment that it cannot be said to fulfill the purpose of the newsworthiness exception.””

– Excerpt from an article for heavy by Stephanie Dube Dwilson. Read the full article here.