It’s been years since Zack Snyder had his outing with Watchmen, but fans haven’t forgotten the feature. The movie did attract decisive reviews, but Watchmen has created itself an ever-growing fanbase over time. Jackie Earle Haley, the man behind Rorschach, admits he’s always been a fan and is finally opening up about why a sequel never happened yet.

If you aren’t familiar with Watchmen’s rights issues, then you have a legal battle to catch up on. Paramount had the rights to Watchmen originally, but the studio put them into turnaround which meant another studio would make a film on the property in exchange for a tax write-off. Warner Bros. made a deal with Paramount with make the movie, but it looks like there was hidden drama behind the scenes. 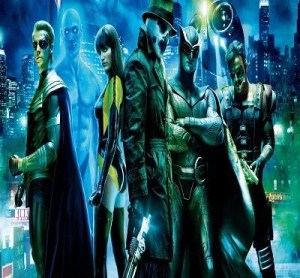 “Dude, it was like Paramount waited until [Watchmen] was pregnant,” Hayley said. “We were at the end of production, when Paramount said ‘Oh, and by the way…’”

For Warner Bros., the studio opted to let the franchise fade away than to continue dealing with legal issues. 20th Century Fox had filed one lawsuit against Warner Bros. prior to Watchmen’s release over film rights. The superhero flick simply didn’t earn enough money at the box office to make Warner Bros. eager to spinout an entire franchise, so fans shouldn’t expect a Watchmen sequel to get okayed anytime in the near future.