Contracts for 60,000 members of the IATSE union expired on September 10. The union leadership is fighting for “reasonable rest during and between workdays and on the weekend, equitable pay on streaming productions, and a livable wage floor.” But negotiations with the Alliance of Motion Picture & Television Producers have “reached a critical juncture” and that “if the mega-corporations that make up the AMPTP remain unwilling to address our core priorities and treat workers with human dignity, it is going to take the combined solidarity of all of us to change their minds.” 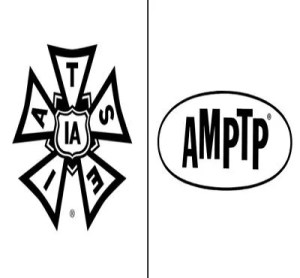 IATSE president released a statement saying, “We are united in demanding more humane working conditions across the industry, including reasonable rest during and between workdays and on the weekend, equitable pay on streaming productions, and a livable wage floor.”

Thom Davis, business manager of IATSE Grips Local 80 and IATSE’s 2nd international vice president, told his members recently that “There is no question that the consolidation of the corporations in the entertainment industry has had a profound impact. That technology has made production unrecognizable from what it was not too many years ago. In these negotiations there is an air about them that I have not seen before. You can sense the corporate influence. In the past, although nothing ever came easy, you always knew that you were dealing with the production companies that were producing the product. Today, one gets the feeling that our demands are given to the Labor Relations people that we are negotiating with, and they then have to report up to the corporate heads.”

“There may come a point when we as members of the IATSE are asked to give authorization to use the ultimate weapon which is the withholding of our talents and labor,” Davis said in a Labor Day message to his members. “If we find ourselves at that point each and every member will have a voice on that question. There has been chatter on sets and on social media about a strike vote. The process is such that the question of giving the International the authority to call for a strike will be sent to each and every member to vote on. And at the end of the day, whether it is voting to accept what was negotiated, or if it is to authorize your union to call for collective action, it is the membership that will be deciding on where we go and how we proceed.”