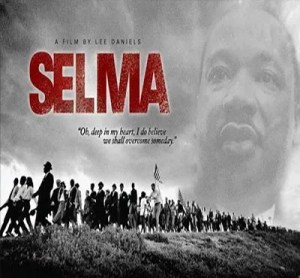 Copyright law in film, like that in music, is enormously complicated. Not only are major aspects of films like story and characters copyrighted, but the scenery and even sounds are subject as well. For example, the iconic LA landmark, the Hollywood sign, is copyrighted, so in order to use it in a film you need to get permission. You might even have to cough up some money if you want to use famous noises, like Tarzan’s yell, MCM’s lion roar or even the title character from “Fred Ott” sneeze, all copyrighted. When it comes to films, sometimes the laws can get so complicated when it comes to copyrights that it’s better to just avoid using some subject matter altogether. This was the case this past year’s Oscar darling, “Selma,” a film based on true events in Martin Luther King, Jr.’s life. Many of MLK’s speeches are actually copyrighted, so the production team maneuvered around this by carefully crafting what he says during the movie so that while it gets across the same message, the patented words are not used. The lesson is that anything can come at a price, and that it is always best to do your research ahead of time- and ideally, to have a lawyer on hand to figure out what speech, sound or even sneeze might have a hidden copyright.

Check out the full article on film and copyright law here: Film & TV copyright – The Facts