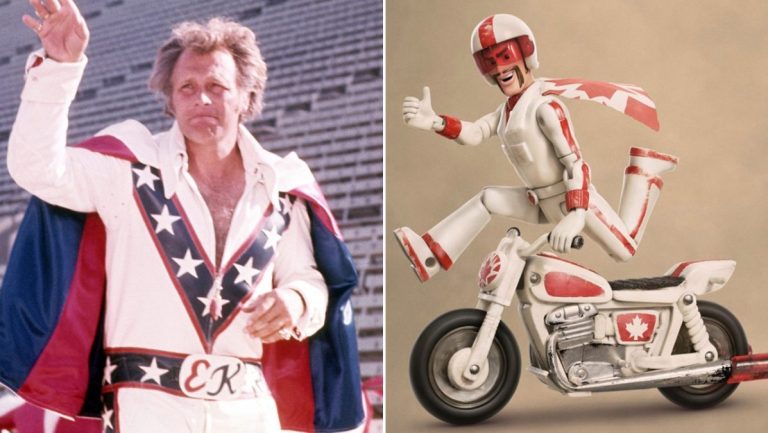 Evel Knievel’s son, Kelly Knievel, filed in a federal court a trademark infringement lawsuit against Walt Disney Co. and Pixar for $300,000 over the likeness of his father and the Toy Story 4 character, Duke Caboom. Kelly Knievel has had the rights to Knievel’s name since 1998 and says that Disney never asked him to use his father’s likeness for the new film. 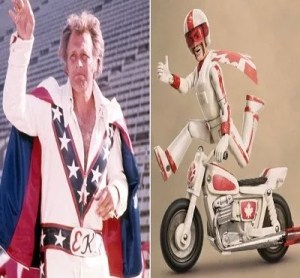 “Defendants have used in commerce, and continue to use in commerce, the likeness, reputation, and image of Evel Knievel in the film ‘Toy Story 4′ through Defendants’ depiction of Duke Caboom, and has exploited the same connection through marketing, promotion, advertising, and sales of ‘Toy Story 4,’ and in connection with the manufacturing, distribution, marketing, advertising, promotion, and sales of the Duke Caboom action figure, all without the consent or approval of K&K.”

Consumers and film reviewers “universally caught on to the connection,” the lawsuit observed, while the movie company and Reeves avoided making any public association, connection or comparison “even if directly asked.”