Disney has become entangled in the long-running legal battle over rights to an Oscar-winning visual effects technology, and its profits on “Beauty and the Beast,” the year’s top-grossing movie so far, and two other blockbusters are in potential jeopardy.

Rearden, a company founded by Silicon Valley entrepreneur Steve Perlman, on Monday sued Disney in U.S. district court in San Francisco, alleging copyright, patent and trademark infringement stemming from Disney’s use of a facial-capture technology in the March blockbuster “Beauty and the Beast,” 2014′s “Guardians of the Galaxy” and 2015′s “Avengers: Age of Ultron.” The three films have collectively taken in more than $3.5 billion in global box office.

Rearden is seeking injunctions to stop Disney from selling or showing these movies until the suit is resolved, and is also seeking orders to destroy all infringing copies, in addition to financial damages.

The suit was filed by a team of attorneys led by Steve Berman and Mark Carlson from Seattle-based Hagens Berman Sobol Shapiro. It also names Buena Vista Home Entertainment, Marvel Films, which produced “Age of Ultron” and “Guardians,” and Mandeville Films, the Disney-based production company behind “Beauty and the Beast.”

At issue is technology called MOVA Contour, which was used in “Beauty and the Beast” to transfer the facial movements of actor Dan Stevens to the beast’s face. In the two Marvel movies, it was utilized in the portrayal of the alien Thanos. 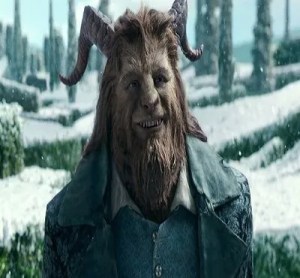 Disney should have known that the rights were in questions, the suit alleges, because the studio explored acquiring the technology itself from the former Rearden employee. When Rearden sent a letter pointing out that it owned the rights to MOVA, Disney dropped out of the bidding.

Neither Disney nor Digital Domain immediately returned calls asking for comment on Monday.