Ahead of 3D theatre re-release of T2 next month, [James] Cameron says he is in negotiations to oversee a new “three-film arc” if the ongoing issues with the rights to the franchise can be resolved. The rights to make the films have changed several times since the release of the first film, but under US copyright law some rights will revert to Cameron in 2019. Schwarzenegger would be involved “to some extent” in the proposed trilogy but the plan would be to introduce new characters to “pass the baton”.

“The question is — has the franchise run its course or can it be freshened up?,” says Cameron. “Can it still have relevance now where so much of our world is catching up to what was science fiction in the first two films. We live in a world of predator drones and surveillance and big data and emergent AI (artificial intelligence). 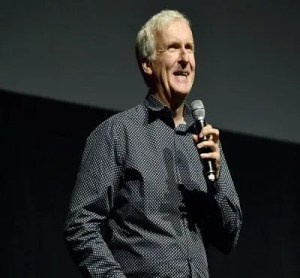 “So I am in discussions with David Ellison, who is the current rights holder globally for the Terminator franchise and the rights in the US market revert to me under US copyright law in a year and a half so he and I are talking about what we can do. Right now we are leaning toward doing a three-film arc and reinventing it.”

“We’ll put more meat on the bones if we get past the next couple of hurdles as and when we announce that.”