Paramount Pictures has had a $20 million copyright infringement lawsuit brought against them by the Truman Capote Literary Trust rights retracted. The Trust initially filed the lawsuit claiming that copyrights to the film “Breakfast at Tiffany’s” had reverted to the Truman Capote Literary Trust since Paramount had not produced a new movie in time under their 1990 contract. This question over rights led to the first lawsuit in 2020, but then Paramount started considering a new film based on Truman Capote’s 1958 novel, and the Trust filed the second lawsuit for $20 million. Paramount Pictures had planned to seek dismissal of the case when the Trust abandoned its lawsuit, but no settlement has been reached, and there is no word they will re-file the case. 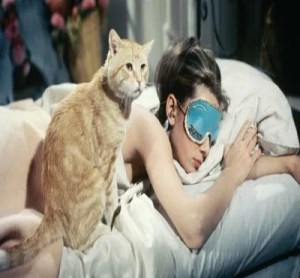 “In fact, in court papers filed just last week, an attorney for Capote’s heir estimated that such a film would generate somewhere between $250 million to $500 million, a wildly optimistic view that would put this comedy in Dune territory.”

“In 1984, Capote died. The timing of Capote’s death was significant because under the Copyright Act of 1909, an author’s death during the initial 28-year term meant the renewal term belonged to the author’s estate. After the Supreme Court addressed this fact in a 1990 decision regarding the story that became Alfred Hitchcock’s Rear Window, Paramount and the Capote Estate entered into a new agreement. Under this deal, Paramount got a $300,000 option to purchase rights within three years to make a new movie based on Breakfast at Tiffany’s.”