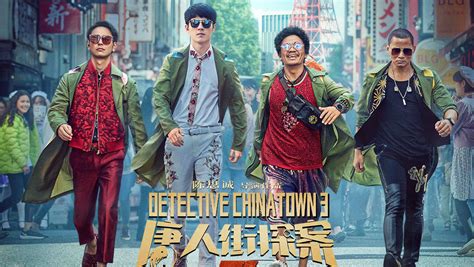 Well-known Chinese visual effects and animation studio in Beijing, Base FX, filed a lawsuit against Remington Chase and Kevin Robl for defrauding them out of $234 million. Base FX’s CEO accused the men of forging his signature and impersonated him to attract investors and dupe them out of millions. Remington and Kevin are accused of siphoning off millions of dollars for their personal use. Base FX notified the FBI and Chinese detectives when foreign businesses started receiving a “series of repayment demands totaling $234 million. The Base FX suit seeks damages — including recovery of the 5% equity stake granted to Chase — as well as an order barring Chase and Robl from raising funds in the company’s name.

The group started working together in 2017. According to the lawsuit, “once Base FX went into business with Chase and Robl, the two gained intimate knowledge of the company’s finances and operations, which they could use to deceive potential investors. The suit alleges that Chase and Robl would borrow from investors in the company’s name, pass on a portion to the company, and they pocket the difference. According to the suit, they also purported to transfer equity and security interests in Base FX’s projects to the investors.”

Base FX has worked on blockbusters like “The Avengers,” “Captain America,” and “Iron Man,” as well as TV series including “The Mandalorian” and HBO’s “Boardwalk Empire.” The suit alleges that Base FX has suffered “severe reputational harm throughout the entertainment industry,” and is “now faced with defending itself from a series of investor lawsuits.” “Defendant Chase admitted that Defendants had created the forged document, and assured Base’s CEO that Defendants would repay all funds owed to investors,” the lawsuit states. “Base has since learned that Defendants have not repaid their investors and continue to raise funds by wrongfully claiming to be affiliated with Base.”

– Excerpt from an article for Variety by GENE MADDAUS. Read the full article here.