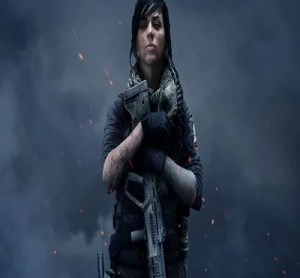 Writer and photographer Clayton Haugen sued Activision Blizzard over one of their character, Mara, in the Call of Duty: Modern Warfare videogame. Clayton claims that Mara is too closely similar to his character “Cade Janus,” which he published before Mara’s release. In his statement, he claims that Activision Blizzard “intentionally modeled the character of Mara after his own original design –both of which even hired the same model, Alex Zedra, for the basis of the character.” Before being hired by Blizzard, Zedra was hired by Clayton to model his character, and he even has several photos of Zedra on his Instagram account proving this.

“The lawsuit claims that Action Blizzard used these photos as inspiration for the character design and reached out to Zedra to model the character as a result.” “To conceal their planned infringement of Haugen’s Cade Janus Photographs and his Cade Janus character, Defendants required the talent and the makeup professional to sign Non-Disclosure Agreements.” The lawsuit claims that “Haugen is entitled to recover all monetary remedies from Defendants’ infringement, including all of their profits attributable to their infringements, to the full extent permitted by 17 U.S.C. § 504.” as well as recovering any financial loss occurred in filing this lawsuit, including attorney’s fees.”

– Excerpt from an article for TechRadar by Adam Vjestica. Read the full article here.