In an effort to prevent age discrimination in the film industry, a law in California was passed—Assembly Bill 1687—which requires IMDb.com to remove the ages or birth dates of public figures on its site upon request of actors. This bill has been met with stark backlash and has since become the basis of a complaint filed by IMDb.

IMDb purports that the “[s]tate of California has chosen to chill free speech and undermine public access to factual information.” It is clear that IMDb is a proponent of the status quo and finds no issues in the disclosure of actors’  ages or birth dates on their IMDb profiles. Rather than implementing a law that actual deals with age discrimination, IMDb purports that all this law does is combat free speech principles. Furthermore, IMDb claims that this statute violates the Commerce Clause of the Constitution because California is attempting to police an activity that extends to other states. IMDb is seeking the courts to render this bill unenforceable and award them injunctive relief.

California, on the other hand, is attempting to police the privacy of actors and actress in the film industry. Although some individuals have become so recognized that their private information will undoubtedly remain in the public domain, there are many other actors who aren’t as well known who prefer to keep their information private. IMDb explains that it isn’t in their policy to delete factual information on their website.

Disclaimer: Please note that the information contained within this blog post and site is offered simply as a consideration to visitors who are in the entertainment industry and are seeking to learn more about various areas of entertainment, be it in film, movies, television, music, digital, new media, film financing, merchandising and/or branding. As such, the information so provided should never be construed as legal advice. If you need further assistance or legal advice for your specific matter, please do not hesitate in contacting an entertainment attorney (film, music, digital, licensing, financing) here in Los Angeles, California at The Hollywood Lawyer by(1) emailing us at info@hollywoodlawyer.com; (2) calling us at (323) 300-4184; or (3) filling out our online form. http://thehollywoodlawyer.com. 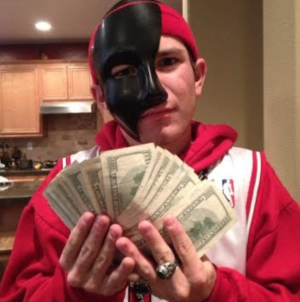