New legislation in California benefitting the entertainment industry would invest into the California incentive program by $330 million over two years, and it includes a diversity requirement to reflect California’s population. An additional $150 million fund will go to renovating sound stages in and around Los Angeles County. The author of the bill, state Sen. Anthony Portantino, a Democrat, said in a statement that “investing in sound stage construction and the creation of studios and filming locations is a critical addition to our efforts in increasing filming in the Golden State. By investing in the expansion and modernization of studio infrastructure, we can ensure that another generation of entertainment careers will be created in California.” 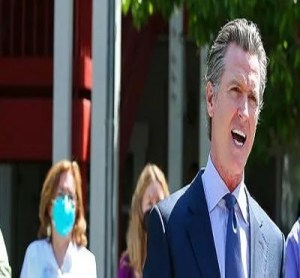 “Today’s investments ensure film and television production will continue to fuel the California Comeback through thousands of good jobs right here in the Golden State, training opportunities to increase access, and a focus on fostering diversity and inclusion for a workforce that better reflects our vibrant communities,” Newsom said at the Sunset Boulevard facility as state politicians and industry reps stood by.

Authored by state Sen. Anthony Portantino, “The 163,000 members of the Entertainment Union Coalition thank Governor Newsom for his signature on Senate Bill 144 today,” said the Entertainment Union Coalition, which reps members of the California IATSE Council, the DGA, the Studio Utility Employees Local 724, SAG-AFTRA and Teamsters Local 399. “SB 144 enhances and improves the California Film and Television Tax Credit Program, which since its inception has resulted in the creation of 156,000 below-the-line cast and crew jobs and has generated $18.4 billion in direct revenue for our state. SB 144 ensures that our members can remain working in California and that more productions will be able to shoot here for decades to come. It added, “California became the home to motion picture production over 100 years ago. Today, this bill keeps that magic here.”

– Excerpt from an article for Deadline by Ted Johnson, Dominic Patten. Read the full article here.