Bobby Brown does not want the upcoming biopic of the late Bobbi Kristina Brown to air.

Bobbi Kristina is set to premiere on Sunday, Oct. 8 on TV One, but Bobby has just filed a lawsuit to stop it from being released. In court documents obtained by E! News, Bobby claims that the TV One defendants “knowingly and maliciously” used his persona and life in the movie and promotion of the film.

Bobby also claims in the court documents that the movie “contains defamatory and untrue depictions” of him “being violate” towards the late Whitney Houston. 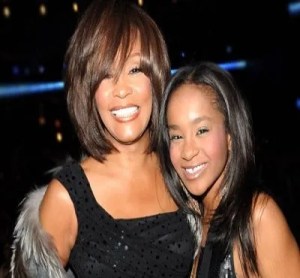 One line in the documents states that the biopic “contains defamatory untrue depictions” of Bobby and Bobbi Kristina’s relationship, with scenes “suggesting” that Bobby “does not love his daughter.”

In addition to keeping the made-for-TV movie from airing, Bobby also is seeking over $1 million in damages.

TV One released the following statement to E! News in response: “We are aware of the reported legal challenge by Bobby Brown regarding the film Bobbi Kristina and are taking appropriate steps on behalf of our network to respond. While we are not able to address our legal response at this time, we stand by the film and its representation of this period in Bobbi Kristina’s life.”