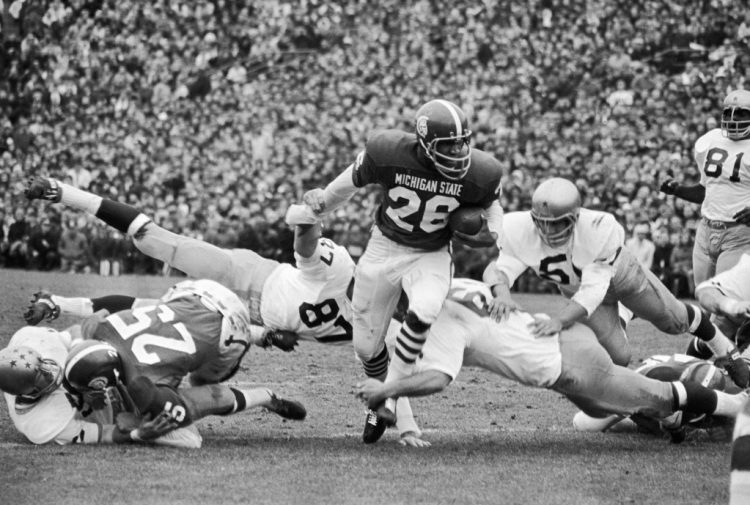 The film, based on David Claerbaut’s 2018 book Duffy Daugherty: A Man Ahead of His Time, is about the Michigan State Spartans, who were the first fully integrated college football team in the nation and who won the 1965 and 1966 national championships with legendary QB and future NFL star Raye. The lawyers for the surviving members say that the team was not included in the production. The “film is being produced without our clients’ input or approval and in violation of their rights to publicity and privacy and defamation of their characters.”

“As our clients and we have not seen the full Black Spartans script (and naturally the finished film), we cannot identify with more particularity any defamatory material,” attorney Devin McRae goes on to say on behalf of 1965 and 1966 Michigan State University Football players Gene Washington, Jimmy Raye, the late Bubba Smith, Bob Apisa and their families. “However, we can and have put you on notice that the source material for the film appears unreliable and that you proceed at your peril – any defamatory content will have been published with actual malice.”

Attorney McRae also stated in his letter “Our clients were already exploited once for their race and talent, we fully expect that a court will not permit it to happen again in Black Spartans.”

The producers say, “The Black Spartans Team has been reaching out to the former MSU players since May 2022.” “We would love to partner with them on this extremely important film. The film highlights the accomplishments of these heroes in an extremely positive light. There is no basis for the pre-emptive letter that was sent to production. The letter even states, ‘As we and our clients have not seen the full Black Spartans script (and naturally the finished film) we cannot identify with more particularity any defamatory material.'”

– Excerpt from an article for Deadline by Matt Grobar. Read the full article here.