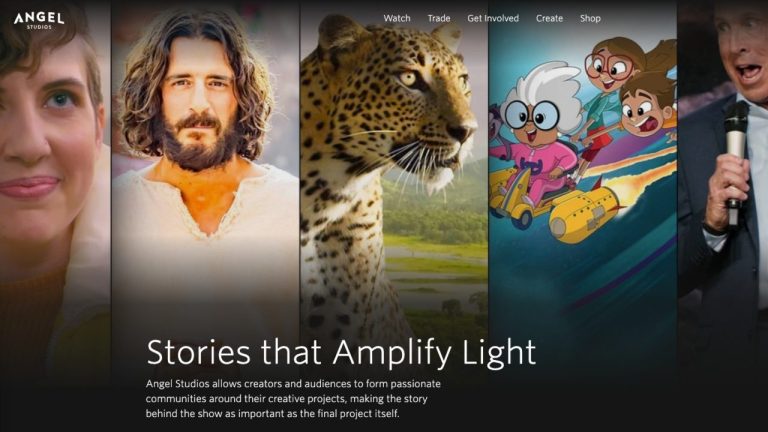 After nearly going bankrupt, Angel Studios settled a lawsuit against Disney and Warner Bros Studios. The settlement helped Angel Studio “rise out of bankruptcy” and get their streaming service, VidAngel, back online. Angel Studio’s content is family-friendly and uniquely funded wholly through crowdsourced financing.

“Miracle after miracle after miracle,” said Jeffrey Harmon, who heads the company alongside his brother Neal. “We were under Disney’s lawsuit, spending so much money, trying to get revenue streams back up… betting the entire farm on THE CHOSEN and weeks away from being out of money.”

“We should have lost, we really should have, but we didn’t,” Neal added. “We can’t take credit for that. It was a mixture of families stepping up and putting up $10 million for us to fight the battle.”

In a statement about the settlement, Neal said:

“After a long and extremely difficult legal battle in one of the biggest copyright cases in decades, we have finally come to an agreement in which VidAngel can emerge from bankruptcy and move forward as a rapidly-growing company. As with any compromise, we had to make painfully difficult concessions to arrive at this agreement, as did Disney and Warner Brothers. We want to thank the team at Disney and Warner Brothers for negotiating this settlement in good faith. We also want to thank our fans and supporters, millions of people who have stood with us through thick and thin over the last four years of a battle that all-too-often looked lost and hopeless.”

Angel Studios CEO Neal Harmon on The Movieguide® Podcast said recently, “Angel studios is a crowdfunded movie studio that connects creators directly with their communities,” Movieguide® CEO Robert Baehr at NRB 2022. “Most people know the show THE CHOSEN. THE CHOSEN was created when Dallas Jenkins made a small, short film called THE SHEPHERD. We saw this short film and said, Hey, this is a really, really great concept, if you turn this into a TV show, we think that the crowd will want this made. And so we helped Dallas to crowdfund that project.” “We also are the studio behind DRYBAR, which gets billions of views,” he added.

“We’re also behind TUTTLE TWINS and FREELANCERS and the [upcoming] Wingfeather Saga, which is written by Andrew Peterson… Our North Star is that the content that we distribute are stories that amplify light. We feel like there’s enough darkness and cynicism in the world, and we want to amplify those stories that give us hope.”

“It doesn’t necessarily mean that they don’t deal with hard things. But the way that they approach them will amplify light,” he added.

– Excerpt from an article for Movieguide. Read the full article here.