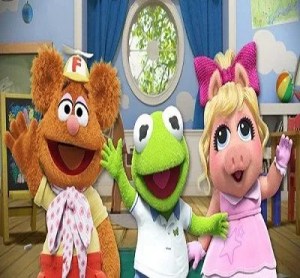 Disney filed a motion to dismiss a recent lawsuit by Jeffrey Scott, one of the original Muppet Babies 1984 series writers and developer (1984 – 1991), against the entertainment giant. Disney rebooted the Muppet Babies in 2018, and that’s when Scott filed his lawsuit, claiming “the company had misappropriated elements from his original 1984 series bible.”  Erin Cox, Disney attorney, stated “that Muppets creator Jim Henson was the originator of Muppet Babies. She pointed out that the toddler version of the Muppets first appeared in the 1983 film The Muppets Take Manhattan. The film sequence was further developed in March 1984. Disney argued, due to Scott’s copyright claim not fulfilling legal standards, his suit should be dismissed as federal courts lack jurisdiction over the case.” Cox went on to say, “Scott concedes that he was only brought on by Marvel Productions Ltd. (‘Marvel’) to work on the Muppet Babies cartoon television show after the concept had already been developed by Henson Associates Inc. (‘HA’). HA authorized the development of Muppet Babies only on a work-for-hire basis; either that applies to Scott (and he has no copyright claim) or he was working without authorization (and anything he developed was an unauthorized derivative work, which cannot be copyrighted).”

– Excerpt from an article for Cinema Blend by Adreon Patterson. Read the full article here.