The Hollywood Lawyer client, multi-talented author and upcoming showrunner, Miranda Spigener-Sapon, along with her co-writer, Ross John Gosla, had a chance to sit down with Buzzfeed to discuss her brand new book deal with Winterwolf Press and upcoming TV version of the book, Marisa Romanov. 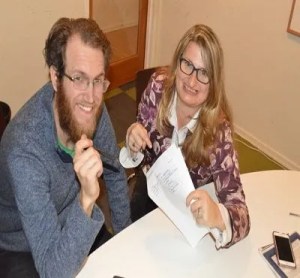 Check out the full Buzzfeed article below (and note the shoutout to our very own Primary Attorney, David Y. Kim!):