On Aug. 28 Marvel’s brand new TV show, “Inhumans” premiered at Universal City Walk and included an appearance from the show’s star (and The Hollywood Lawyer’s very own client) Mike Moh, who plays Triton.

While this premiere was limited to invited guests only, Marvel will be trying out something new by having the first two episodes open to public viewing at IMAX theaters on 9/1. The show will then debut on ABC starting 9/29. 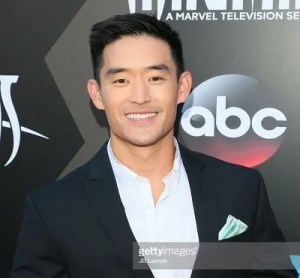 “As part of the deal, the first two episodes of the series were shot using digital IMAX cameras, with subsequent action scenes – such as those set on the Moon – also filmed using the technology. The idea struck Gelfond after IMAX screened two episodes of Game of Thrones in 2011: a week-long release that grossed $2 million (£1.5m) from fans wanting to see the show in a super-size format.” –Excerpt from this article.

Be sure to check out the trailer for “Inhumans” (if you haven’t seen it yet) and head to your local IMAX on 9/1 for the rare chance to be able to view the show on the big (very big in this case!) screen.