We are pleased to announce that last week The Hollywood Lawyer client and Inhumans & Empire actor, Mike Moh, signed with the prestigious talent agency, WME.

Continuing reading to learn more on the deal from Deadline, and if you haven’t already, be sure to watch Mike in his roles on “Inhumans” and “Empire”: 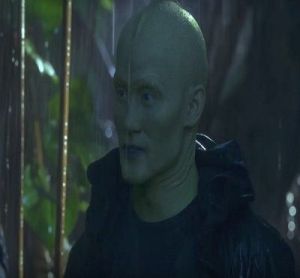 Mike Moh, who will play “Triton “on Marvel’s Inhumans, has signed with WME for representation. He will continue to be managed by East West Artists.

Marvel’s Inhumans premieres tomorrow on ABC. Moh also plays a recurring role as Steve Cho, the PR executive for Empire.  He is also well-known in the Capcom gaming world as “Ryu” in the game Street Fighter.

The Inhumans series is based on long-running comic book characters. It tells the story of a secluded race of beings with enhanced powers. The Sept. 29 debut is the first of eight episodes. Moh’s green-skinned “Triton” has the ability to breathe underwater and survive cold temperatures and the pressure of the deep.

The trailer for the show featured leader Maximus (Iwan Rheon) attempting to take over the throne from his brother, king Black Bolt (Anson Mount), as his long-haired queen Medusa (Serinda Swan) and the royal court, including Gorgon (Eme Ikwuakor), Karnak (Ken Leung) and Crystal (Isabelle Cornish) try to stop him.

— Excerpt taken from an article written by Bruce Haring for Deadline.com. Read the full article here.